How to clear your criminal record in the United States

Most foreign citizens who live in the United States usually take a long time to legalize their Immigration status. A competent Immigration attorney could be of much help during your process, and this is especially true if you need to clean your criminal record. Did you know that this is actually possible? Even if you have a few crimes in your record, it is still possible to obtain Immigration benefits.

Having a general knowledge of which crimes can hurt your efforts to legalize your status is of paramount importance. However, most people ignore this information, and this is why this information is so necessary right now.

What is a criminal process? What is a felony? When can you request a Certificate of Innocence? Who can clean his or her criminal record? What are the advantages and are there any disadvantages? The main advantage is that this process can clean your criminal record, and this in itself will help you very much whenever you apply for a job, rent an apartment, etc.

First and foremost, we are going to clear some recurrent doubts people have, and we will share this information throughout this article.

What does it mean “to clean your criminal record” in the United States?

Cleaning a persons’s criminal record means, in effect, removing the record of crimes of which an immigrant has been accused. Once you succeed in doing this, police organizations receive the order to clean your record, and they are obliged not to leave any evidence of ever having a criminal process or accusation against you. This has to be done according to the particular rules of each state.

To start with the process of cleaning your record, you will need to formally apply for it before the Court, and the judge will determine whether you meet the requirements (which depend on state law). Those requirements do vary from state to state, but generally speaking, a person under any of the following circumstance would qualify:

You must keep in mind that you cannot apply for this process in this way if you have been convicted for felonies such as homicide, rape, child pornography, and others.

As a matter of fact, if you have been convicted for any of these crimes, not only can you not clean your record, you will also be disqualified for applying for legal permanent residence, and if you already have it, you might actually lose it because committing a felony is part of the criteria of inadmissibility.

“A competent Immigration attorney could be of much help during your process, and this is especially true if you need to clean your criminal record. “

What is a felony?

A felony is a serious crime, especially when compared to a misdemeanor. Whenever an immigrant is convicted of a felony he can receive different kinds of sentences, even life in prison or the death penalty. Not only that, committing a felony can bring very serious consequences for your immigration process which will prevent you from clearing your criminal record.

Rape, murder, kidnapping, theft, counterfeiting, drug trafficking, slander, child pornography, and treason are examples of felonies. There are 4 degrees of felonies in the United States.

What if you are a legal permanent resident? Can that help you somehow? Not really. However, there are different consequence for different types of crimes, and they all affect your legal status differently. Those consequences, which can also affect citizens, often lead to a deportation.

If you are not in the United States, it does not mean that you are exempt from the Immigration consequences, because even when crimes are committed abroad, they will be taken into account when applying for an Immigration benefit.

Due to the complexity of such cases where the applicant has a felony in his or her criminal record, the best thing to do is to hire an experienced attorney. When a competent attorney handles your case from the very beginning, it is far more likely that you will get the best possible result in your situation.

One of the most important things that you need to keep in mind is that if you plead guilty of a felony (even if it is because your attorney advised because of an agreement reached with the prosecution) it will have terrible consequences for your immigration case. You might be released from the state or county prison, but you will often be turned into an immigration prison, and since you already pleaded guilty you might get deported.

What are the requirements to clean your criminal record?

The requirements to clear your criminal record vary depending on the crime. When it is about a felony, the following will be necessary:

On the other hand, if you are dealing with misdemeanors:

It is worth mentioning that people who have received very heavy sentences will not be eligible to have their record cleaned. Neither do people who appear in the registry of people convicted for corruption, nor in the Sex Offenders Registry for violent crimes or crimes against minors.

When can your application be rejected? It is possible that this could happen if you do not have all the required documents; or if the prosecutor may have a good reason for the judge to deny your petition; or if you requested the application before 6 months if it was a misdemeanor, or before 5 years if it was a felony.

Likewise, it is crucial that the person interested in the petition does not commit any more crimes so the petition is not rejected right away.

A foreign citizen can sometimes ignore how important a criminal record can be in different aspects of your life, since it will be asked whenever you try to buy a house, when you look for a job, when you apply to a university, and even to certify some business licences.

When you as a foreign citizen have been convicted of a felony, this can put you in a very difficult situation because of the consequences to your immigration status. These processes can take a very long time and become quite complicated with a long list of convictions in your record.

Some of the immigration legal benefits that require you to be exempt from felonies are: American naturalization application, legal permanent residence, asylum, temporary protected status.

How is your criminal record handled nowadays?

Last March, the United States Supreme Court approved a Trump Administration initiative whose goal is to detain immigrants with a criminal record, regardless of whether they have served their sentence or not.

The goal of such an initiative, which is part of the Immigration Policy of the current administration, is simply to deport more immigrants. There has been a huge wave of criticisms against the Trump Administration which tries to block and risk the stability of the immigrant population and their hopes to legalize their status.

Another important peace of information that you need to keep in mind is that USCIS plays an important role when you need to request immigration benefits. This is the institution in charge of checking your criminal record with the FBI. https://www.uscis.gov/es/formularios/huellas-dactilares.

Xavier Chávez is an Immigration and Criminal Defense Attorney with more than 20 years of experience. He has offered a few suggestions: the first and most important is to seek competent lead help from an experienced professional.

In one episode of his radio show he explained the following: “When people come to us at this stage, we need to once reevaluate the case observing Constitutional Law. Our closes ally, so to speak, is the US Supreme Court because it is the protector of constitutional rights of all people within the country”.

He notes that in spite of the current situation with the Trump Administration, the Supreme Court in independent, which is something extremely important when you think about cleaning your police record.

“When innocent people who have been wrongfully accused plead guilty, we can usually help this person to turn back that decision, even when other attorneys do not want to get anywhere near such a case”, he said.

He pointed out that whenever an attorney either ignores this established principle of the common law, or simply does not want to spend his or her time with a client (usually when it is a lawyer assigned by the Government), this can be considered ineffective assistance of counsel and the charges can be removed because every person has the right to effective assistance.

It is not easy to deal with this kind of cases, so it is important to be patient. How long will you have to wait? That depends on the crime. In any case, as it has been said before in this subsection, hiring an experienced immigration and criminal defense attorney can have excellent results.

I-130 Form: Step by Step Here you will find a practical guide of how to fill out an I-130 Form and make a Family Petition. 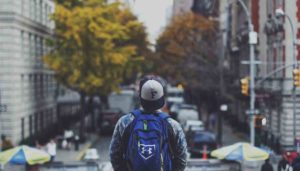 How can you get a Reentry Permit?

Loss of American residence or citizenship

VAWA Petition to legalize your status in the United States

If you or someone you know needs help with any legal procedures or if you are a victim of the Criminal Justice System, we can help you.

Protecting Your Rights is Our Mission