Whether you are a victim of theft or have been charged with it unfairly, it will help you to know what the law says about theft in Texas.

What is The Crime of Theft?

Theft involves taking an asset, money, services, or any kind of property that is capable of being stolen from the owner without his or her consent. The intention is usually to deprive the owner of the item permanently. The intention of the thief might be to keep the property permanently, sell it to another person, destroy it, or abandon it in circumstances where it will not be retrieved.

In other circumstances, theft does not need to be permanent deprivation of property. Stealing something with the intention of using it for a given period then returning it later is also theft. This can be the case of stealing someone’s car to use for a short time then abandoning it in a place where the owner can find it.

Theft is a general term used to refer to different types of crime. These types include:

This involves taking and carrying away the owners’ personal properties with the intention to steal. Larceny meets three conditions;

Borrowing of the properties with the intention of returning even if not authorized is not larceny. Additionally, someone who mistakes the goods as his property then takes them away will not be charged with larceny.

Any stolen property whose value is less than $1,000 are treated as misdemeanors and referred to as petty or petite larceny. If the theft involves more valuable properties, it is called grand larceny and treated as felonies.

Robbery is another category of theft crime which involves the use of force or violence to acquire a property or escape after stealing. Robbery can take the form of a bank heist, mugging, or carjacking. Robberies attract more severe penalties as compared to larceny.

These mostly involve financial crimes, including embezzlement of funds, insurance fraud, and forgery committed by people entrusted to hold high positions in the business community. The perpetrators of these crimes always find ways of stealing using trickery means rather than force. The theft is usually not so obvious, and it takes a thorough investigation to find the perpetrators and prove that they committed the crime. These thefts are usually the largest and result in huge losses. Without proper evidence, the thieves can get away with the crime because they know how to cover their tracks well.

This involves breaking into and entering another person’s premises without his/her awareness with the intention of committing a felony. This crime is also categorized into theft, though, in some cases, the intention might not be to steal. The burglary is usually done at night. Daytime form of burglary is simply known as housebreaking though the intentions might be the same as those of burglary.

Other theft crimes include;

Theft Penalties According to Texas Law

In Texas, theft does not only involve taking an item directly from the owner. You might be charged with theft if you’re found in possession of a stolen item even if you’re not the one who stole it. If a person fails to perform an affirmative act that proves that the item given or sold to them is not stolen, he will face theft charges.

For instance, if you buy a car and the person selling it to you does not provide a property executed certificate of title (pink slip), you’re supposed to report to the Texas Department of Motor. Failure to do this will get you guilty of breaking Texas’ law against theft. You are also required to file the county tax collector/assessor in 20 days after receiving the vehicle failure to which you will be charged with theft.

Penalties for theft in Texas are classified depending on the value of the stolen property or service and by the type of property stolen.

This is also known as petty theft, and the value of property stolen is less than $50. Offenders are fined not more than $500 with no jail time.

If one has a prior conviction for any penalty level of theft and steals property or service valued at less than $50, the person will be charged with Class B misdemeanor instead of a Class C misdemeanor.

This applies when the value of the stolen property is more than $50 and less than $500. It also applies to theft of identification cards or driver’s licenses. The offenders spend not more than 180 days in jail or pay a fine of $2,000 or both.

This applies when the value of the stolen property is $500 or more but less than $1,500. The offenders get confined in jail for not more than one year or pay a fine of $4,000 or both.

If the person has two or more prior theft convictions at any level then goes ahead to steal any property valued at less than $1,500, this will be considered a state jail felony and not Class B or A misdemeanor.

This penalty applies if the value of the stolen property or service is $1,500 or more but less than $20,000. It also applies to a specific type of property that includes firearm or livestock valued at less than $20,000. The offender will spend between 180 days to two years in state jail and pay a fine of not more than $10,000.

Felony of the Third Degree Theft

This theft penalty applies if the property or services stolen is $20,000 or more but less than $100,000. It also applies to a certain type of property, such as livestock valued at less than $100,000. The offenders get a jail time of between two to ten years in the Texas Department of Criminal Justice plus a fine of no more than $10,000.

Felony of the Second Degree Theft

This applies if the value of the stolen property is $100,000 or more but less than $200,000. Offenders of a felony of the second degree under Texas law will spend between two to 20 years in jail in the Texas Department of Criminal Justice and pay a fine of not more than $10,000.

Felony of the First Degree Theft

This is when the stolen service or property has a value of $200,000 or more. The offenders get between five to 99 years of jail time in the Texas Department of Criminal Justice plus a fine of not more than $10,000.

Aside from criminal penalties that include imprisonment and various fines, a person who commits theft is made civilly liable to the victim under the Texas Theft Liability Act. The victim may receive a monitory award of actual damages caused by theft as well as a civil penalty or not more than $1,000.

If the person who commits theft happens to be a minor, the parent or guardian of the minor will be civilly liable to the victim under the Texas Theft Liability Act. The only difference, in this case, is that monetary recovery is only limited to the actual damages that occurred as a result of the theft. There is a cap of $5,000 with no civil penalty.

If accused of theft, you need to fight back to prove your innocence. Who knows, you might get away with the crimes even when you’re guilty.

This is a common defense, especially among the less privileged such as minors. The accused can argue that they were forced by unavoidable circumstances to steal the property or services. He/she could have committed the crime due to threat or harm that could have befallen them or their family if they did not act in that manner. For instance, teens are always caught up in theft cases because a certain gang recruited them, forcing them to steal or face some harm.

Legitimate defense is usually used with those accused of handling the stolen property. The accused can argue that they were genuinely unaware that the seller of the property acquired them through theft. According to the law, the accused must be aware that the property was stolen by another before buying. You have to prove beyond a reasonable doubt that you were not aware of the theft.

This is another common defense for those charged with theft. You can argue that you believed the property belonged to you when the incident occurred. This defense can only work if you provide enough evidence to prove your innocence.

The intent is a key element in proving that a theft crime really took place. You can argue that you borrowed the property and forgot to return it is hence no intention of permanently keeping it. Or you accidentally placed the item in your shopping bag or purse and left without realizing it was there.

You can argue that you returned the stolen property hence not keeping it from the owner permanently. This defense will not let you walk scot-free, but it can help reduce the penalty.

In other cases, a defense attorney can prove that the accused was a victim of entrapment. Someone else may have committed the crime and let it appear like you’re the one who did it.

Whether you’re a minor or an adult, any criminal penalties can ruin your reputation and bar you from getting a job, a loan, or any important privileges in the future. This can also make sentencing for any future crimes more severe because you would have a criminal record already, and the prosecutors use it to argue your case. It is, therefore, important that you try your best not to get any penalties, either misdemeanor or felonies.

If you’re charged with theft, whether innocent or guilty, it is important that you seek legal assistance to help you understand the case and work on possible defenses. The law is often interpreted in many ways which make it hard for a person with limited professional knowledge to understand. Representing yourself, even if it’s a minor theft case is usually not a good idea.

Getting help from a criminal defense attorney is a good way to work on getting your case dropped or the penalty reduced. An attorney can help you go through all the available defenses for your case to help lessen the charge or prove your innocence. The goal is always to give the prosecutor a hard time making the charge stick by blocking all loopholes that can prove the theft took place.

Driving under the influence (DUI/DWI)

Driving under the influence (DWI / DUI) in Texas If you have been accused of DUI/DWI? It is imperative that you are well informed. Driving 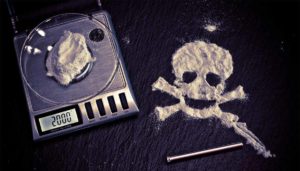 How can you clean your criminal record in the United States?

Aggravated Assault in Texas: All you need to know 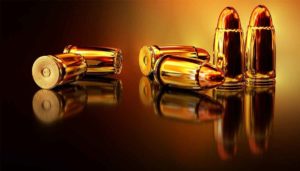 Weapons Charges in Texas Americans have a constitutional right to carry weapons, and yet someone might face weapons charges in Texas. What is this all

Whether you, or a close one or a relative, is in need of legal aid on Immigration; or you are a victim of the Judicial system, we can help you. Keep in mind:

Our Mission Is To Protect